Welcome Marcia and Jim to RTHC!

Join us in welcoming two new staff members to our organization – Marcia White and Jim Davidson.

Both Marcia and Jim are long-time residents of Howard County and have been active in the nonprofit community here. We are so excited that they have joined our team and can help grow our organization to help more families and individuals in Howard County than ever before!

Learn more about our new employees… 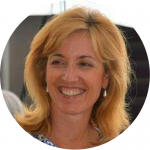 Marcia White has lived with her family in Howard County for 20 years, having previously resided in Pennsylvania, Michigan, Hawaii, and Virginia. She has a professional background in the airline industry and in corporate training. Marcia has been socially active locally, having served on the Oakland Mills Village Board, volunteered with the Howard County Public School System, NeighborRide, the Oakland Mills Community Association, and Grassroots of Howard County. She has one grown son who lives in Denver, Co. Marcia and her husband, Kevin, enjoy traveling, the outdoors, and cheering on the Pittsburgh Steelers (her hometown team). 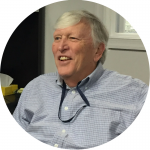 Jim Davidson has lived in Howard County since 1979. He started his career in industrial sales, became involved in rehabbing residential properties and established a home improvement company which he operated for 6 years. He later spent 12 years in financial sales. Jim worked as a volunteer with ‘Christmas in April’ and has volunteered with Rebuilding Together Howard County for the last six years, including two years as a house captain. He also works with a local organization that participates in the Appalachia Service Project.